I had to decorate the kitchen and decided I would dress for the occasion. Now I had no plans to get messy but decided my older clothes that would wash were probably a good idea. It also gave me some scope for rude pictures! 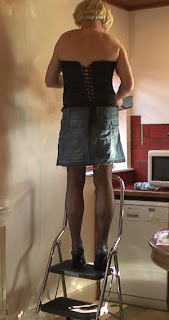 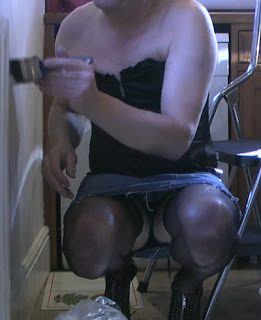 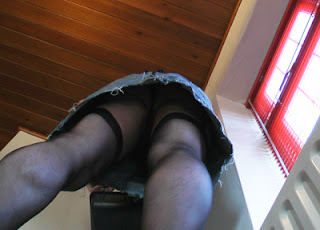 After some time I realised that the paint was not likely to splash about so I changed into a satin skirt and top and continued the painting. 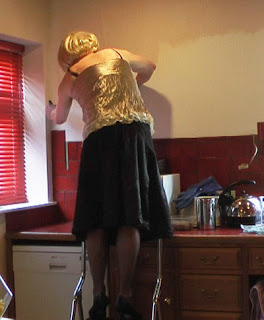 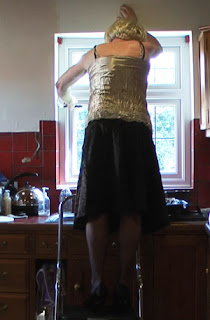 When I'd finished I was not only turned on but slightly disappointed that I had survived a whole session without a single drop of paint on me. 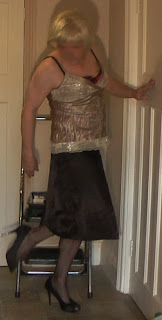 It was then I decided I was going to get messy. I had a bucket of wallpaper paste and a tube of red poster paint. All I needed to do was get it from the garage. Should I change or wear a coat? I was so ready I went out as I was! 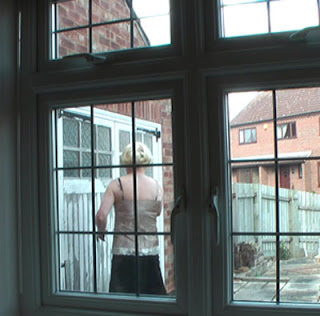 Now, as the paint and paste would wash out I wasn't too worried about keeping on my satin clothes and my nice undies.

So on with the paint 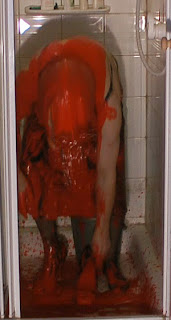 However the more I played with the paint the more turned on I got and it wasn't long before the top got ripped.

And then the skirt went the same way.

The stockings were next

I must have been mad as my only pair of black suspenders got cut away.

Then the underwear got destroyed

Still not satisfied I then set about cutting up my wig which is something I have never done.

Then, inevitably the only thing left was my high heels and they too were cut and ruined.

So, if anyone needs some decorating don I come quite reasonably priced. Just a nice set of clothes to work in will do.
Posted by Davina at 01:20