This was a fairly typical outdoor session for me. I loaded some clothes in the car and set off to see what I could find. First stop was a location I have used a lot. So on with the clothes and out for a walk. My apologies about the picture quality but it is the reflections inside the car. 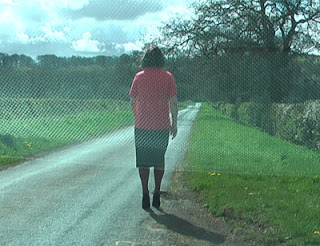 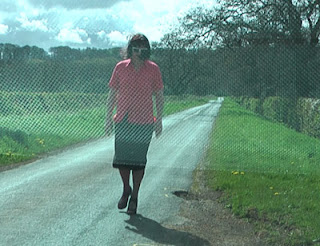 Now I don't know why but I am always worried about being seen so you would think my brain would be happy with just walking. No, I wanted more so i decided to strip off. 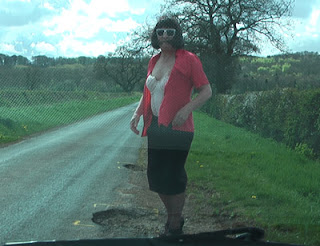 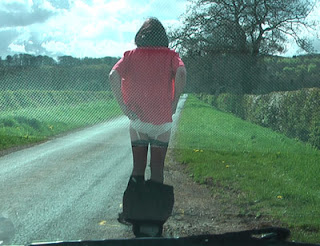 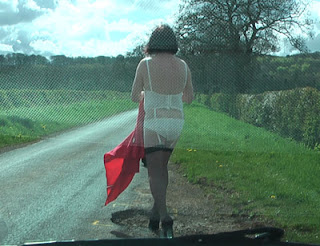 And then a walk up the road. Now although I can see a fair way any car coming round the corner would get a good view of me before I made it back to the car. 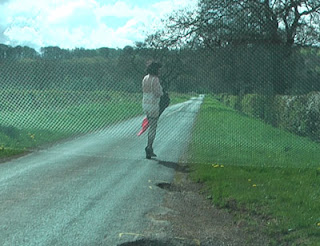 In fact a cyclist appeared which is okay as he was slower than a car. However I was sitting in the back seat in my underwear so I assume he got a fair view. 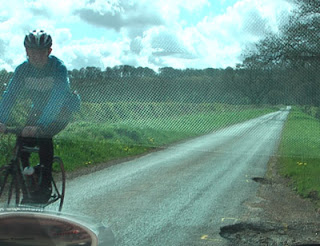 On to another location but no sign of mud which is what I was looking for. So on with another set of clothes and a walk around. 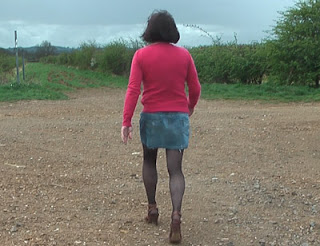 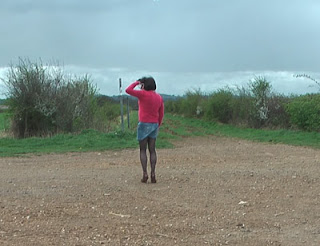 Then I saw this pile of farmyard waste, shall we say. I had an idea. The last one I found was hard on the outside but soft inside so i decided to see if this was the same. Now I had no idea how soft it was but I have never let a little thing like that worry me. 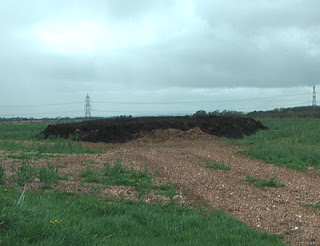 In fact it was quite hard and I only sank to my ankles. had it been as soft as the last one I found I would now be up to my waist! 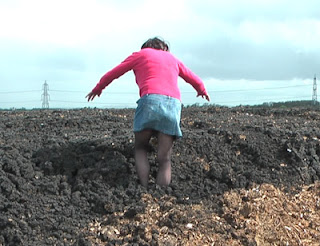 As you can see my shoes and tights were coated. 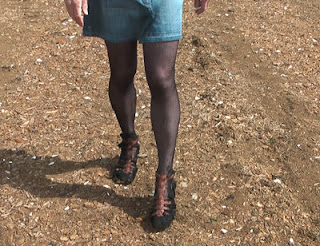 Then it started to rain but not enough to soak me. However I felt the shoes and tights needed to come off. 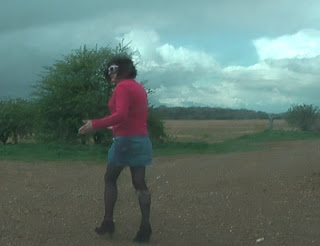 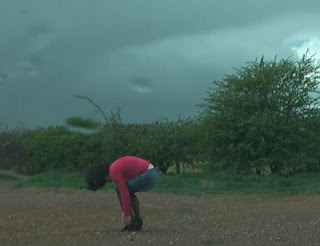 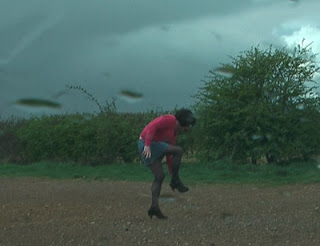 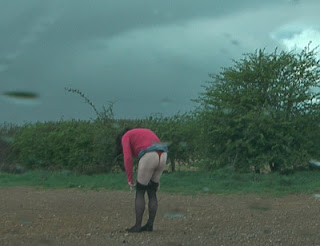 There go the shoes over the hedge. 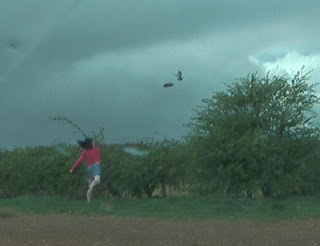 Followed by the tights which caught at the top of the bush and are still blowing in the wind I guess. 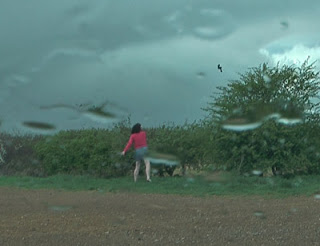