Yet another silly storyline as an excuse to get dressed and messed. This time Davina goes for a walk after leaving the office. Stepping through a hole in the hedge for a 'call of nature' she falls down the slope into the muddy disused railway line. 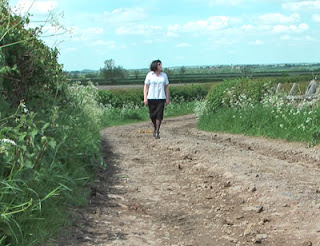 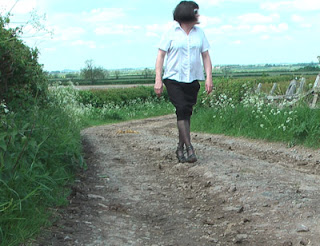 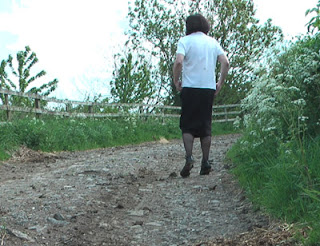 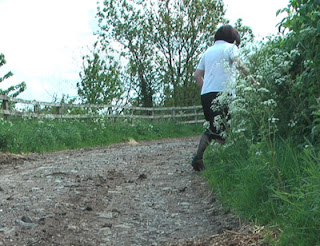 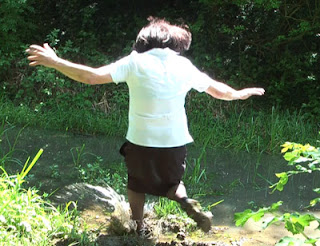 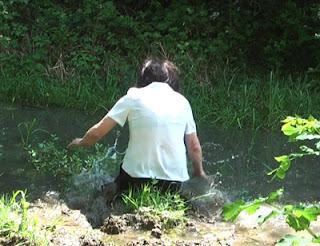 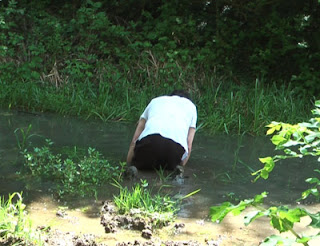 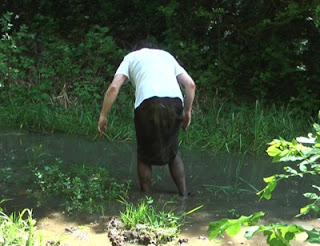 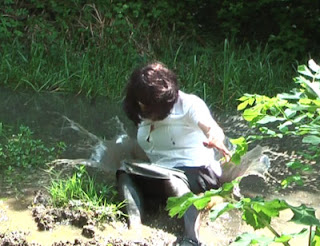 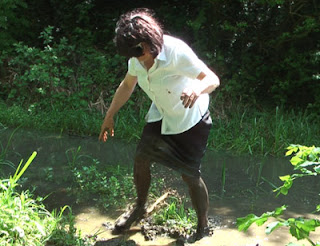 Now for a bit of background. There was a gap between the slope from the track and the slope to the canal and it went through a field. This is where I chose to get changed. I had just got naked when I heard horses. My heart beat faster as the slope I was planning to use was also where the horse sometimes come up. Had they done so they would have plainly seen me as there was no where to hide. Thankfully they went along the canal and I wished I'd had the camera set up as between the bushes I saw about 10 horses. They were all female riders from late teens to late forties I guess. Some wore jodhpurs and some jeans but all got well splashed as they rode through the muddy water.
Once they'd gone I started filming and all went well until I was in the water. I then heard two women talking on the bridge above me to the left. Although the parapet was high they could easily lean over and see me so I didn't dare move. It seemed ages before they moved off but wasn't really.
I was planning on filming a bit of me walking down the track soaked but when I stuck my head out of the hedge I saw a Land Rover and horse trailer coming. It stopped just on the bend so I went back to the filed and changed clothes.
Just as I got back to the bridge ready to go down the footpath a car pulled up and two people went down the path I had just come up up. That was very close!
Posted by Davina at 00:14