I was asked to go back to a location I had used once before and you can read about it on my blog. It was posted on 14/1/2012 and entitled Surprise Walk. I had put it off for a long time although the thought of it excited me. The problem was that I was really worried about getting stuck. However I eventually plucked up courage to go and I thought I would make a little story about it. This meant I had an excuse to try it out as a male so if I got into trouble at least I would look okay. Not sure what anyone would have made of the bag of clothes or water spray let alone the camera!
So the first thing I did was to get a long stick and try the depth. It seemed to about two feet deep but I really had no idea. Anyway I put on my old male clothes and pretended to try to get some rubbish off the top of the mud. By now I was really nervous but this is what I'd come here to do so I moved gradually forwards. 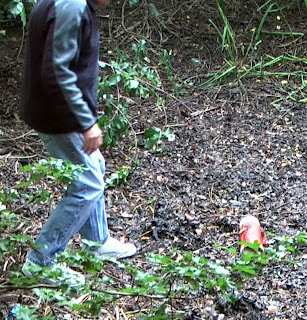 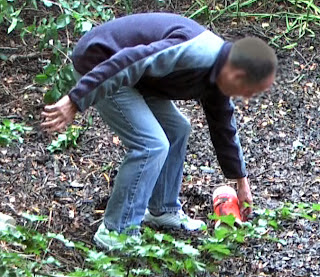 I could feel the ground sinking as I moved forwards and eventually down I went. This was the moment of worry but thankfully the muck was so thick I stopped after it passed my knees. 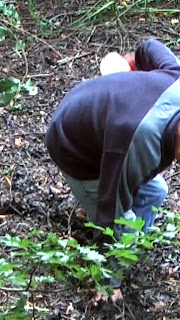 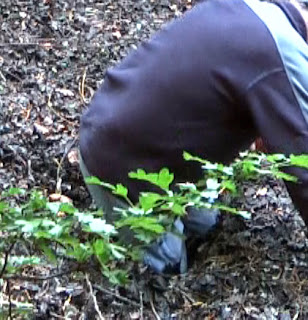 Agfter wiggling around I reluctantly climbed out but I knew it was as a female I had come to play so I resisted the temptation to go any deeper. 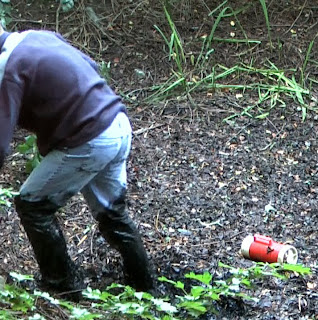 Once I started to strip off I realised how black and sticky the mud was.. It took a lot of water to get off and I was a little concerned I wouldn't have enough for my next clean. Still that didn't stop me and on went a matching bra and knickers, tights, a faux leather skirt and a white jumper. Finally on with my strappy high heels and I was ready. 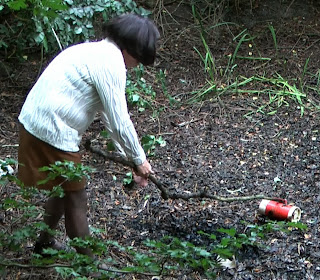 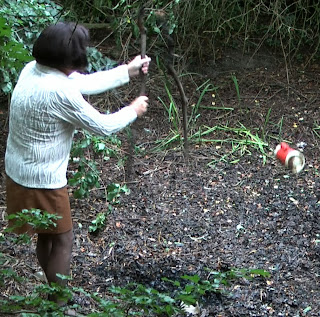 Because the stick snapped (on purpose) I had to get nearer the flask. 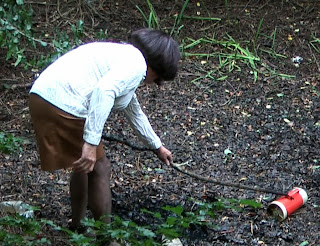 In I went and was relieved when I stopped sinking just as the skirt went under. 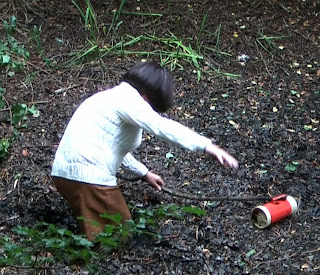 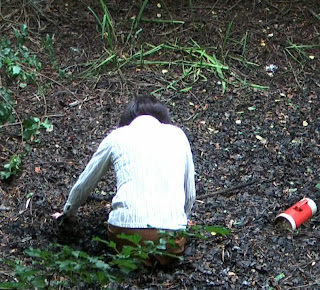 Then I started to go a little deeper and I wondered whether I should stop as I was already very muddy. 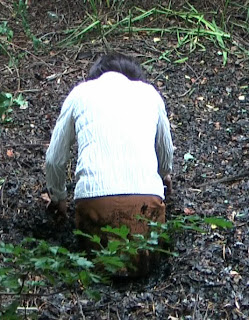 However I slipped and sat back down which got my top dirty so I stopped to play a little longer. 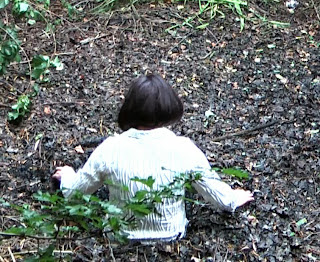 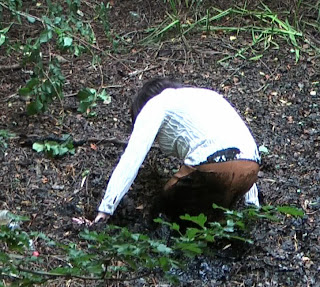 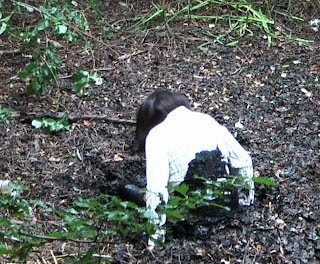 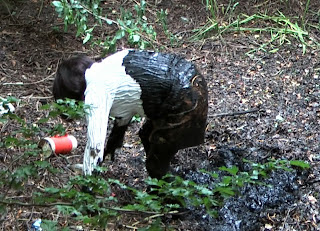 By now I really wanted to carry on but sense prevailed and I reluctantly got out. The last picture sees me walking back to my clean up area and you can see my heels had been pulled off my feet. 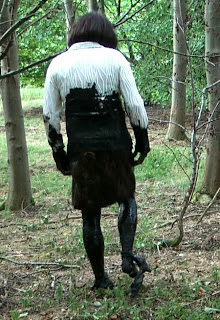 The clean up was as bad as I expected and I did run out of water meaning I was fairly black under my clothes for the drive home. The shoes and undies cleaned up okay as did the skirt. The top isn't as white as it should be and the tights went straight in the bin.
Maybe I might get one more visit before winter.