Out for a drive

I decided it was time to get out again so early one Sunday morning I went out dressed as a female. I drove about 20 miles along main roads and got seen by number of drivers although they had no idea what I was actually wearing.
Now things didn't go as I planned and I should have learnt a lesson from the beginning. The first thing to happen was the suspender braking on the basque. Then a brand new pair of stockings laddered as I put them on. I should have stopped but I carried on.
I had found a spot at the entrance to a business park on a very overgrown footpath so I thought that there would be no traffic that early on Sunday morning and certainly no walkers as the footpath was well away from anywhere.

When I arrived I was wearing a short pink lace skirt, a tight red cotton blouse, a black basque and matching thong, black stockings, black boots and a short raincoat. I purposely made an unladylike exit from the car for the benefit of my viewers. 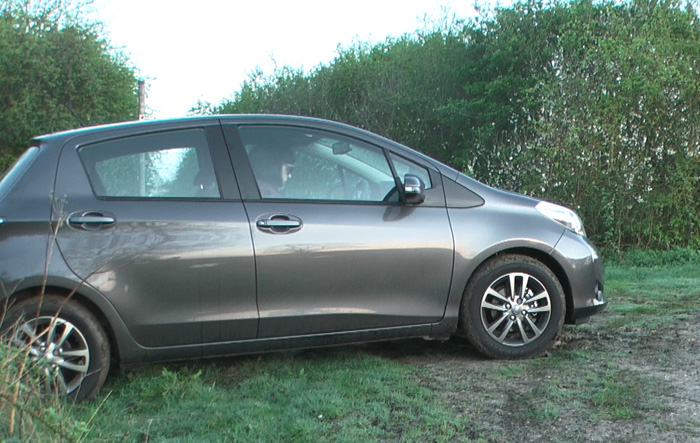 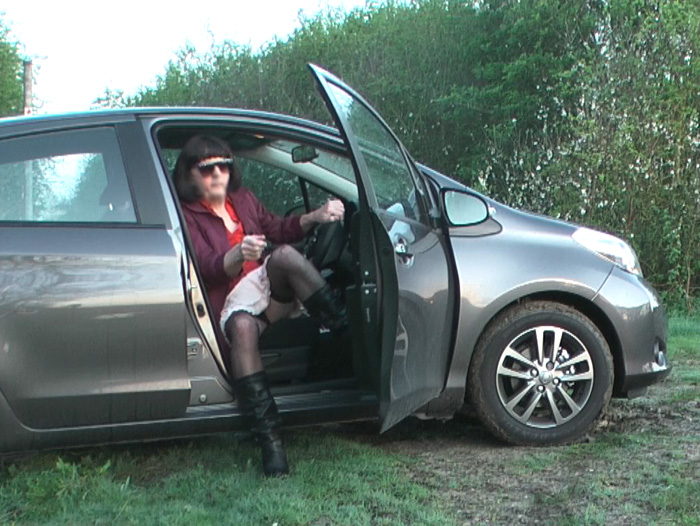 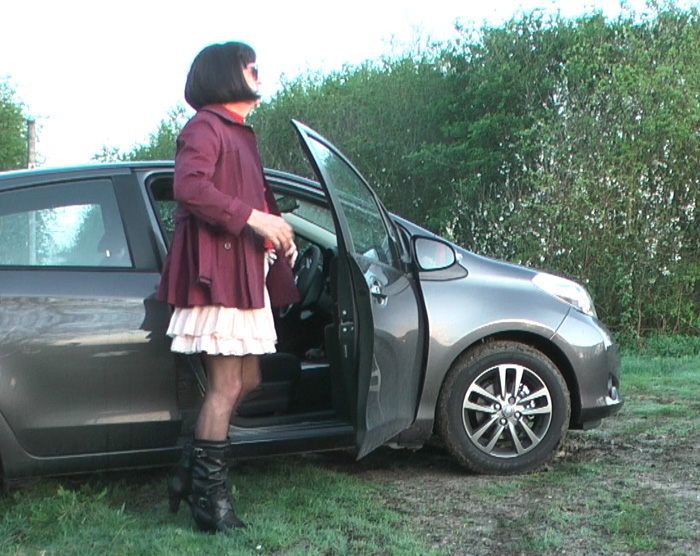 The footpath goes off into the distance which is relevant later. I then walked away from the car as planned to let the viewers see my outfit. 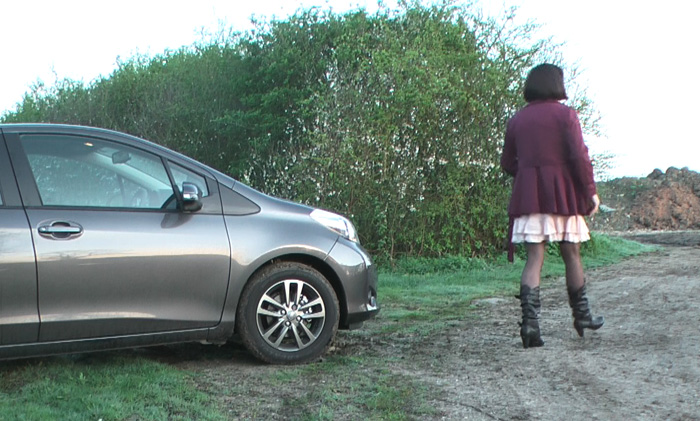 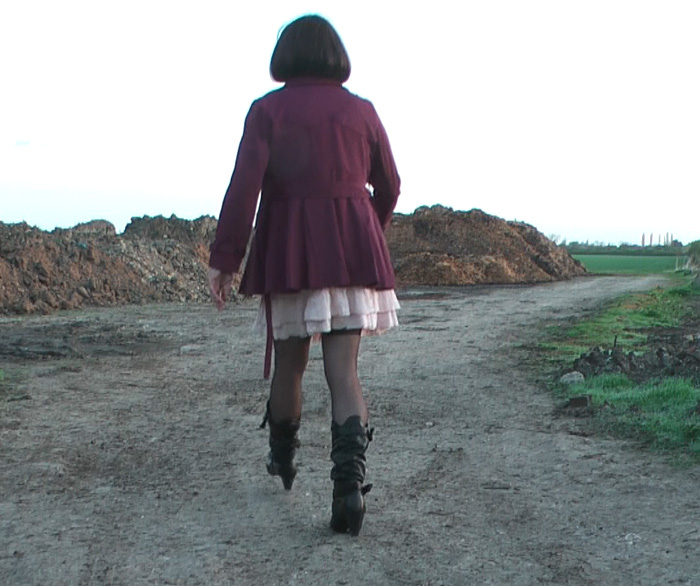 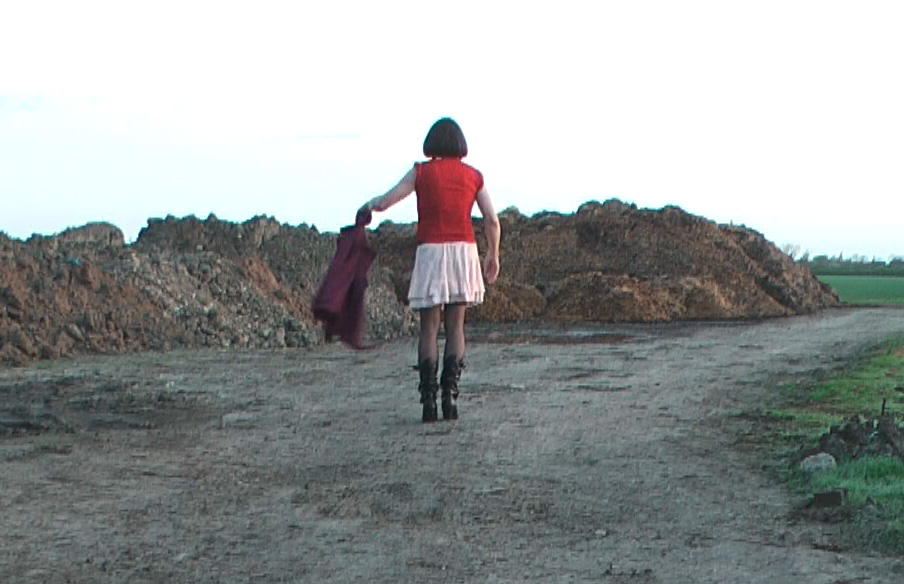 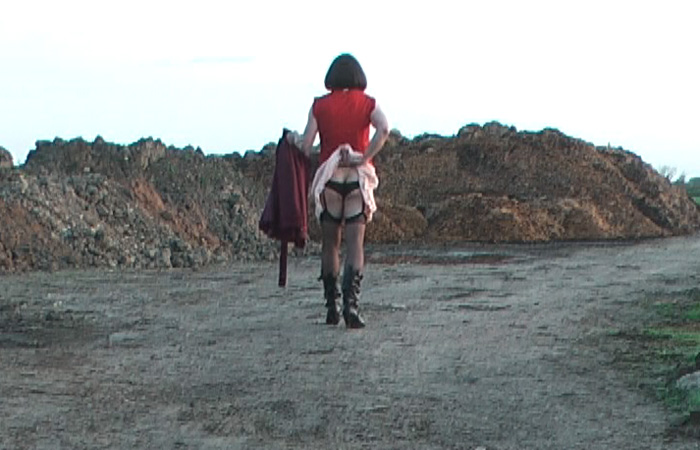 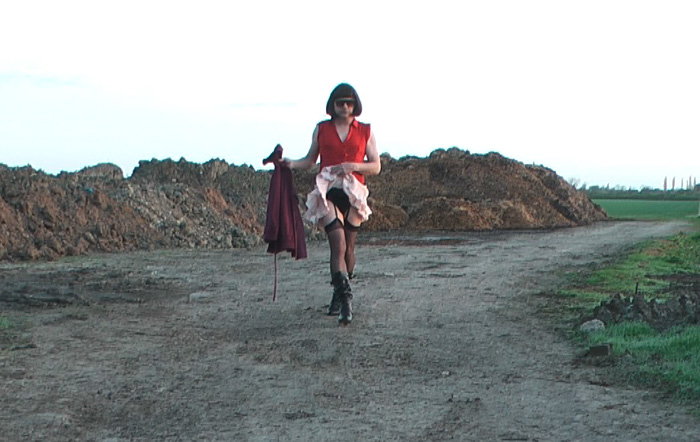 Then I walked the other way down the footpath towards the entrance to the business park. 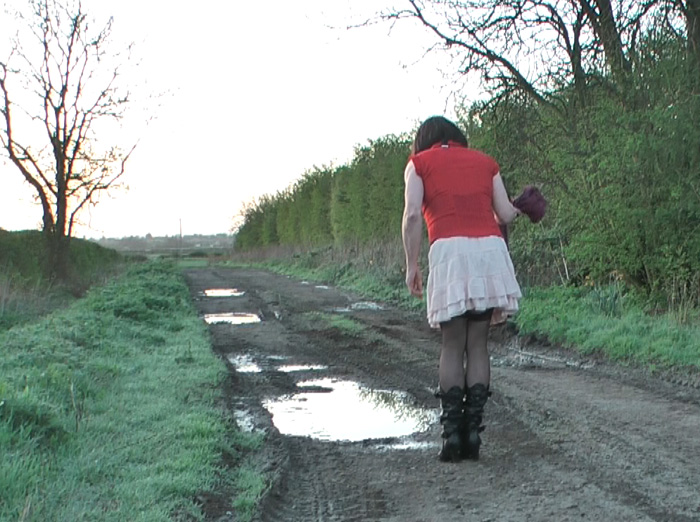 I must admit to being very tempted but I had nothing to clean up with.
Then it was back to the car to change. Having seen what was nearby I chose some clothes I would love to ruin in that sort of mess. However, whilst changing I ruined the stockings and put a big muddy stain on the white skirt. Anyway here is where I would like to play. 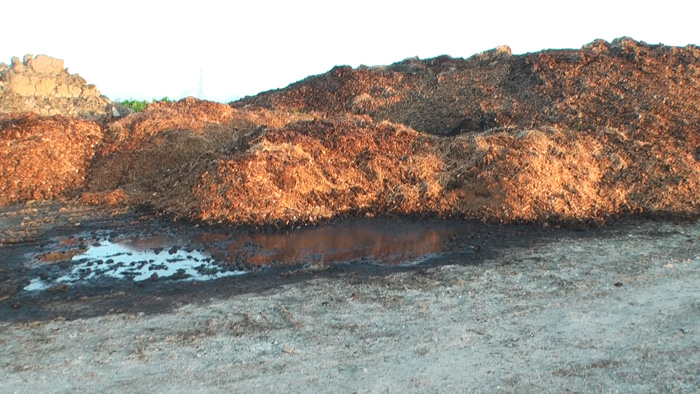 And this is the sort of outfit to wear. 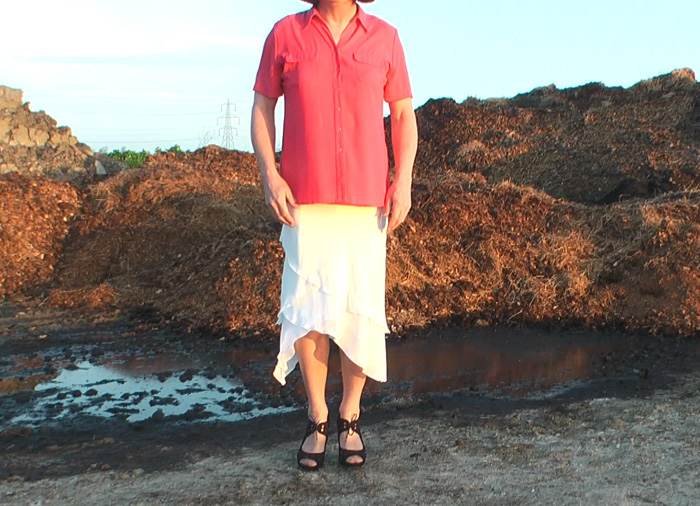 A lovely chiffon skirt lined in silk and ideally a matching white silk blouse. The heels are my absolute favourite stilettos. 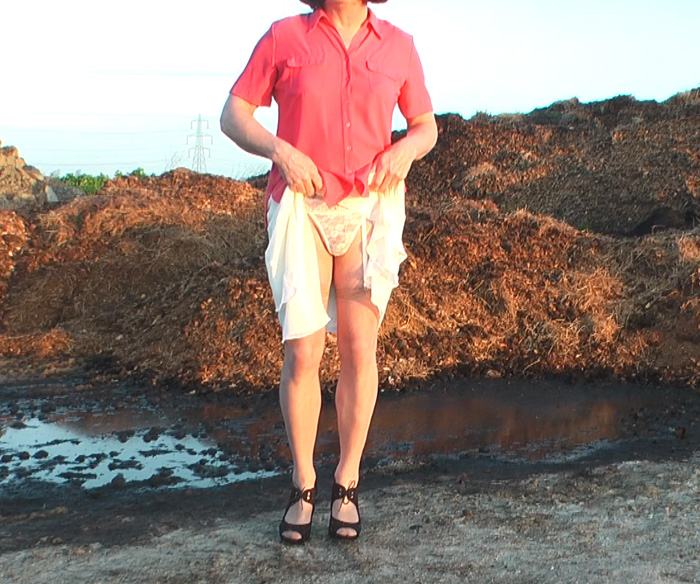 Underneath a white lace basque and matching lace knickers. 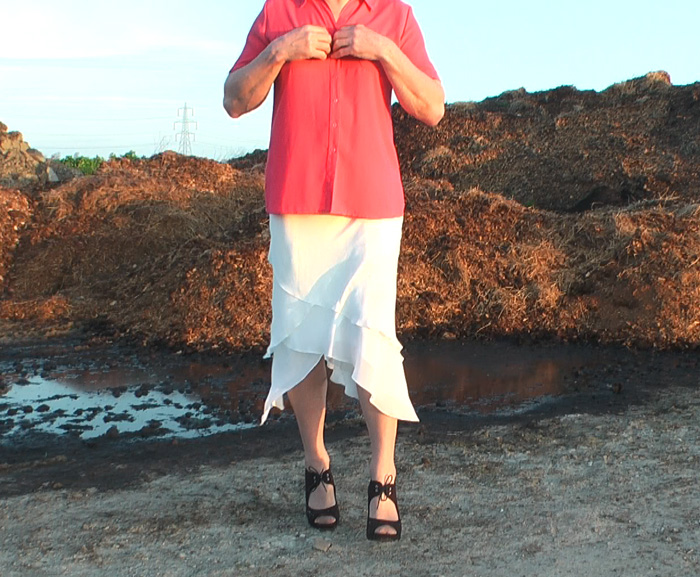 I was just about to undo the blouse to show the basque when I heard voices. At first I thought I was hearing things but suddenly round the corner from the business park came a couple and their dog. I had nowhere to hide so I just grabbed the camera and ran back to the car. I drove out past them s quickly as I dare given the rough ground. As it happened it was probably just as well as a security van arrived as I got the gate and I didn't want to explain what I was doing.
I relaxed as I drove away and realised how close it had been. I drove down the A1 for a bit before deciding it was time to change back into male clothes. I pulled into a layby off the road and stripped off the shoes, the blouse and skirt. At that moment a car pulled in behind me and a guy got out. He lit a cigarette and started to walk forward. I quickly started up and drove off but now wearing the basque, knickers and stockings.
A couple of cars overtook me and the woman in the passenger seat of one must have wondered what she was looking at. However the next layby stayed empty and I was able to finish changing. Not a particularly good outing.
Posted by Davina at 05:31